Are you one of those people who just can’t get started in the morning without your cup of coffee. Whether you like yours with cream, sugar, cream and sugar and a shot of espresso, or straight up black you’re not alone if you love your morning cup of joe. A 2018 survey by the National Coffee Association found that 64% of Americans drink coffee.

In today’s episode, I interview Marilyn Nugent. She and her husband Joe, who’ll be featured on the next episode, own One Ounce Coffee. Their coffee from Kenya isn’t just tasty, it is part of their mission to improve the lives of those who live in the region.

Listen to My Interview with Marilyn Nugent

Images and Links for One Ounce Coffee

You can find more information and order One Ounce Coffee at OneOunceCoffee.com

My Takeaways from the Interview with Marilyn Nugent

One Ounce Coffee is coffee with a mission to help others. Marilyn and Joe Nugent bring tasty coffee to the US and help coffee farmers in Kenya at the same time. I think sometimes we take for granted where our food and beverages come from. We don’t see the work that goes into growing them. Purchasing directly from the farmers provides benefit to the farmers and by purchasing the whole crop, Marilyn and Joe have been able to create a coffee that most of us have never had the opportunity to try in the past – a complete crop. As they explain on their website, “Our first introduction to Kenya coffee was straight from the Kiplal farm, and still in parchment, all grades included. We cleaned it, roasted it and fell in love.”

Complete Transcript from My Interview with Marilyn Nugent

Marilyn:                        01:13                Well, yes, new is an understatement. We have never done anything like this before. In 2012 we met a pastor from Nairobi, Kenya and we became interested in the work he was doing with orphans there and he invited us to come and see what he was all about and what he was trying to accomplish. So we did that and we went to Nairobi in 2013 and saw how great the need is and what the potentials were that he was trying to do beginning with day classes for the children. They had had a school, but they had a fire which took it away from them and they were hoping in the future to build a school with a children’s home. So obviously the big need for financing was ever present and he was in the habit of coming to the United States and trying to drum up support here, which is a very frustrating.

Marilyn:                        02:19                And um, I don’t know, non sustainable way of financing a big project. So we left there wondering what we could do. Um, amazingly enough, within a week I met a woman from Kenya who I found out was walking distance from my home where she lived and we met and started talking and she told me that she and her family were from the coffee growing areas and they had actually brought, Kenyan coffee over, um, to the United States and sold it as green beans to roasters and that it was a fairly good means of income. So she suggested we should give it a try. So we kind of took that idea away in our head for awhile. Um, and then a strange series of events happened, my son ended up working as an orthopedic surgeon in a different part of Kenya, about four hours west of Nairobi. And um, the gentleman who worked with him in physical therapy was part of a coffee growing family.

Marilyn:                        03:30                So he came home to visit for one of his brother’s weddings and brought home a sample of that coffee. And we were really, really instantly in love with the coffee. And, uh, it occurred to us that, that idea we had had years before about possibly bringing in coffee. This might be something that we could, um, we could use that way. So on our next visit to Kenya we met with the farmers and um, they were instantly enthusiastic because for the farmers in Kenya direct sales has only been available for a few years and it’s really, really very difficult for them to actually do because of the amount of information you have to be able to handle and manipulate to export the coffee. But we, um, talked to them about the possibility of importing their coffee the following year and we were able to do it. We were, um, again, you know, we seem to stumble upon the right people at the right time. And uh, we met with, um, a, an import import export agent that actually is a cooperative of farmers that built it so that it’s an exporting agent that is there specifically to benefit the farmers. So that was the method that we use to bring it over. And that was the beginning of our adventure.

Marilyn:                        05:21                No, this was definitely a learn as you go experience. We had originally thought that if we did the coffee importing, we would be buying from the government coffee auction that goes out of Nairobi. It was a situation where we would be far less personally involved. It would be purchased, get it here and sell it, um, by meeting with the farmers and finding out what their situation is like and what it takes for them to raise that coffee and then sell it through the auction and how much it helps them to have a direct sale. It opened up just an entirely new aspect to the business. When they sell through the auction, it is possible that their lot of coffee, could be the last one sold, which would be months down the road and they don’t get paid until it’s sold. So they have worked all year to produce a crop and then they are waiting sometimes as much as 10 months to be paid.

Marilyn:                        06:23                And then of course there are middlemen in that process. So what they get paid is less than if they are direct selling. So by getting involved with this and the organization that we worked with is called Kenya Coffee Cooperative, exporters’ short KCC. And they actually reformed, as I said, by a group of farmers or representatives of the farmers who obtained a license for the direct sale but also had the knowledge and the business experience to actually make it happen. The farmer we had dealt with thought he could direct sell himself, but whoever does the direct selling has to know all of the logistics of getting it to the ship and they have to have a warehouse and it’s something that farmers realistically cannot do. So we did work through KCC and we worked through a logistics company based out of Jacksonville and they basically walked us through the entire process of getting it from the warehouse in Nairobi to the ship and from the ship to here and warehousing it here in the states.

Marilyn:                        07:34                Well, we work with a tiny co op and they actually have 175 small farms who bring the fresh coffee cherries to them to their, what is called a wet mill or pulping station where the, um, the fleshy Cherry part of the Coffee Cherries taken off and the coffee is dried in a thin outer hull called the parchment. And so that’s the job of the farmers and the pumping station is to get it fully dried and ready to be milled and sorted. So those small farmers literally sometimes are bringing a kilo or two of cherry to this farm. So it’s, um, it’s almost like a huge family farm where you have all the neighboring farmers who may have, they may have only 10 trees. Um, it’s a very, very small operation that we’re dealing with. And we didn’t realize how small it was until we started reading the profiles of the other farms that I’m KCCE deals with.

Marilyn:                        09:49                And in a very high level, people will often refer to single origin as from a single co op or a single farm. Blends are different types of coffee from different parts of the world. Um, you might blend the Brazilian coffee with a Kenyan coffee to produce a different flavor because the coffees are distinctly different in their flavors. Kenyan, coffee is most often used as a blend in the United States because it’s an expensive coffee with very good properties that bring out a brightness and a clarity in coffee that some of the other coffees need to boost them.

Marilyn:                        11:15                Threads of hope is a vocational training program for at risk women in the Beaumont area of Kenya, which is just south of Kericho County where the coffee is grown. It’s actually overseen by the hospital where our son works and it’s a nine month training program that takes a usually single moms or widows and teaches them the trade of sewing. During the course of the nine months. They are given specific projects that they have to learn and produce. They have to produce different three different types of school uniforms. They also reusable feminine products because disposables are not part of their life over there.

Marilyn:                        11:59                And young women will often drop out of school because of not being able to take care of their own hygiene needs. So they produce packets and they distribute them to school girls. And um, by the end of the program, if they have been successful at mastering these skills and producing these products, they earn a large part of the cost of their machine. And then they’re set up to just pay off the rest of it by establishing them in their business. And they can continue to do piece work for the hospital until it’s paid off.

Marilyn:                        13:00                His brother and uncles are the farmers and Solomon is the head of physical therapy at the hospital. So he single handedly started this program by I think probably five years of visiting local families, finding out children that had no assistance, that were physically handicapped and even ones who could otherwise go to school if they had something as simple as a wheelchair. So his, his goal was to give these children mobility and help them reach their potential. And after doing this on his own for a number of years, the hospital saw the benefit of it and adopted it as part of their clinic. And they now have services for these children regularly. 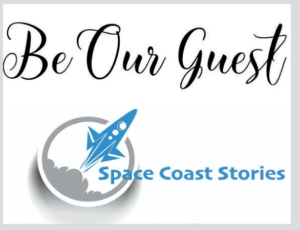